From Seed to Harvest: A beginner’s guide to growing rosemary

Rosemary is a bushy plant with aromatic leaves. It is most often used to flavor meats and vegetables, but it also can be used as a garnish or dried and made into aromatic potpourris. Rosemary is a perennial plant with a woody stem that is often recognized for its hardiness.

When beginning rosemary from seed, understand it is a slow-to-grow, woody perennial that will not be ready to harvest its first year. Sow seeds indoors in mid-February to April and transplant or direct sow into the garden in May. When planting seeds, barely cover them with a seed starting mix and apply bottom heat. Keep rosemary in its own pt during its first year of growth, but you can transplant it to the garden the following spring. Prior to planting, soak seeds up to six hours in water to encourage the germination process.

Keep rosemary watered during hot weather and apply mulch around the plant once winter approaches. Grow rosemary near beans, Brassicas or carrots. Rosemary plants can grow quite large and may require up to a 10-gallon pot. When transplanting rosemary to the garden, set the plants 2 to 3 feet apart. Rosemary will grow quicker during its second year. It grows best in well-drained soil with a pH between 6.0 and 7.0. Once spring arrives each year, prune the dead wood out of the rosemary bushes. Prevent mildew and rot providing a spot with good drainage and allowing rosemary to dry out between watering. Rosemary should be grown in a pot that can be brought indoors during the winter if winters are harsh in your zone. Outdoors, rosemary can tolerate temperatures as low as 15 degrees. To protect rosemary during the winter, bring it inside or place it against a south-facing masonry wall. 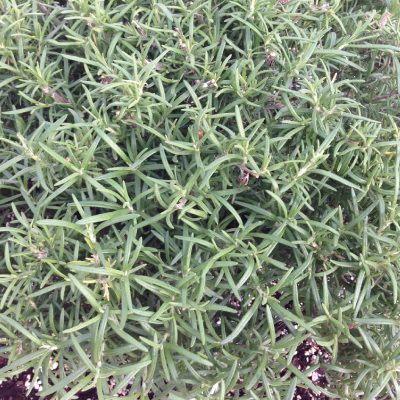 To harvest rosemary, pull individual leaves off the plant or cut entire stems. Use a sharp knife to harvest the rosemary, as scissors may damage plant tissues. Rosemary is also often used dried. To dry rosemary, hang bunches of the plant upside down on a rack. Strip the leaves from the stems once the stems are dry. Prune the rosemary heavily in the early spring before new growth begins.

To correctly fertilize rosemary, fertilize with weekly applications of a high-nitrogen formula during the spring months but withhold fertilizer during the fall and winter. This encourages rosemary to become hardy. When fertilizing, avoid toxic fertilizers since rosemary os often consumed. Use a safe liquid fertilizer or opt for organic manure or compost. Sprinkle the organic matter around the base of the plant and cultivate it into the soil. Rosemary also can be harvested with a continuous release fertilizer.

Where to buy rosemary seeds:

You can find rosemary seeds at Urban Farmer.