From Seed to Harvest: A beginner’s guide to growing Cilantro

Cilantro is a popular herb grown to be used in Mexican and Asian dishes. The edible leave of the plant are called cilantro, and the seed, which is also edible, is called coriander.

Prior to planting the seeds, you must prepare them so they will be able to germinate. Coriander seeds are actually two seeds encased in a husk. Crush the husk gently by holding the two seeds together and then soak the seeds in water for 24 to 48 hours. Remove the seeds from the water and allow them to dry prior to planting. Cilantro can be started indoors or outdoors. Plant the seeds 1/4 inch deep. To transplant a cilantro plant that has been started indoors, dig holes 3 to 4 inches apart in the garden. After transplanting, water the cilantro thoroughly.

Once cilantro reaches 2 inches tall, thin the plants to 3 to 4 inches apart. Cilantro grows best in crowded conditions because the plant’s leaves will shade the roots and prevent the plant from bolting. Cilantro likes full sun, but in hotter climates, partial shade will be tolerated as the plant bolts in warm weather. Once the cilantro is a couple of inches tall, begin watering regularly. As soon as cilantro develops flower heads, cut them off to redirect energy to the leaves for a larger harvest.

Due to cilantro’s strong aroma, it rarely has issues with pests and is even considered an insect repellant. Leaf spot can become a problem by creating yellow leaves, but this can be prevented by making sure cilantro is in well-drained soil and by not overwatering the plant. 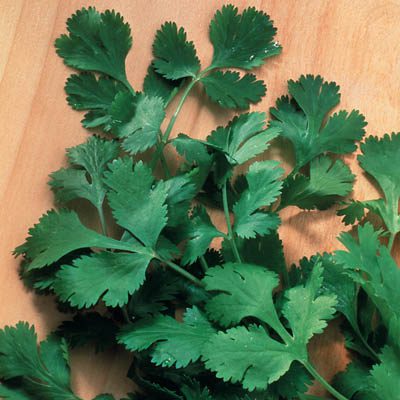 Pruning cilantro and harvesting it frequently delays bolting, but he plant is short-lived and will bolt. To ensure a cilantro harvest for a longer season, plant seeds every six weeks. Cilantro usually reseeds itself, so let it go to seed or collect the coriander to use in cooking. Cilantro is ready to harvest within 45 days. Cut the upper new leaves to harvest. Cut the upper new leaves to harvest. Unlike other herbs, cilantro is rarely frozen and used later in cooking as it loses almost all of its scent and flavor if not fresh.

Prior to planting cilantro, prepare the soil by amending it with compost to a depth of 18 inches. After amending the soil, rake it smooth.

Where to buy cilantro seeds:

You can find cilantro seeds at Urban Farmer. 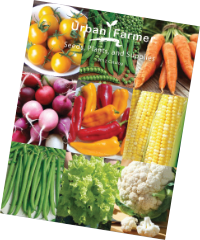